When You Lose Your Computer

Imagine that. Not a pretty image for sure.

Now imagine that you have tons of confidential data on the computer. For example, your credit card number, your bank account numbers, and your treasured collection of cute cat videos.

You normally wouldn’t want someone who stole your computers to know those information – so how do you defend yourself in this case? Encryption comes to rescue.

BitLocker encrypts the whole drive, so that you cannot even boot up the computer if you forget the password/recovery key of the BitLocker. 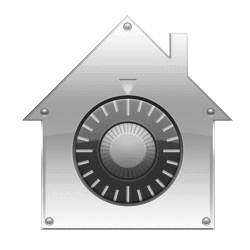 So – are you secured once you use BitLocker or FileVault for your respective OS?

The answer is – you are now protected from “offline” attack.

What Is Offline Attack

An offline attack is where the computer has been shutdown, and the hacker has stolen your laptop. Because the computer is turned off, the hacker will have to deal with recovering the key without being able to fully bootup/login, which can make the task more difficult for the hacker (not impossible, though).

What About Online Attack

Once you are booted up or logged in, though, these systems no longer offer the same level of protections, because now your drive is now affectively unlocked. If you have a trojan running on your computer with your account access, it will be able to see the encrypted files.

So – while BitLocker and FileVault are both easily accessible as they come with the OS, they are limited in terms of what they can protect. It’s decent for when you lose your computer for example.

Choose for Offline Attack Protection If

Offline Attack Protection is less of a concern if